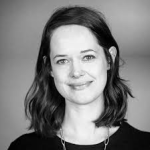 How can experimental peptides help to avoid COVID-19? Global stats show about 199 million recorded cases of COVID-19, with the U. S reporting approximately 35 million patients. The death toll stands at 4.23 million. Despite the relentless effort from the medical, scientific, and research community in vaccination programs, the virus is still at large. Therefore, the world still direly needs an alternative means of preventing the spread of this disease.

The human body has several receptors in the throat, nose, brain, and vascular system.

The infection process of SARS-CoV-2 starts upon the entry of the virus via the mouth or nose. Once in the body, the virus attaches to the ACE2 receptors on cell surfaces using the spike proteins on its body. After successfully binding with these receptors, fusion with the cell begins, and the virus will then release the genetic code it contains into the host cell.

This code overrides the host cells and compels them to produce new viruses, which continue the same process. The SARS-CoV-2 virus is highly effective at executing this process because of its proficiency in using its spike proteins to bind to ACE2 receptors firmly.

When the immune system cannot detect and react to the virus’ activity quickly, SARS-CoV-2 can rapidly replicate and damage cells. Studies show that the combined effects of cellular damage and cell disruption cause an immune response to the viral attachment, leading to COVID-19 symptoms.

Like most virus infections, it’s better to avoid COVID-19 than to attempt to cure it. Therefore, devising a way to hinder the binding of SARS-CoV-2 to ACE2 receptors can help to curb the disease. And this is where custom peptide synthesis is proving promising. Research published in the Bioconjugate Chemistry journal by The Ohio State University researchers could provide a means of interrupting this infection pathway, whether inside or outside the body, deactivating or slowing down the virus.

Modeling peptides, what are they?

One of the growing popularity among scientists is minute protein fragments called peptides to investigate alternate treatment methods. Several research teams have successfully shown the effectiveness of peptides in examining and dealing with SARS-CoV-2.

One such team is the MIT researchers who successfully used peptide engineering to induce peptides and spike proteins on SARS-CoV-2 to bind. But peptides cause several cells to get rid of viral proteins. So the original idea was to get peptides that call on natural proteins called E3 ubiquitin ligases, producing the desired effects of inactivity in COVID viruses.

According to the research, the peptides will render SARS-CoV-2 inactive anytime it comes into contact with it. It will achieve this by occupying the spike proteins of the virus, which will not be available to attach the virus to the ACE2 receptors anymore. The aim is to do this before the virus finds its way into a host. By helping people to avoid COVID-19, they could achieve better results.

The research team employed advanced microscopy and protein crystallization to analyze images of ACE2 receptors and SARS-CoV-2. The focus of this analysis was the point of attachment on the receptors and the spike used in the attachment.

Upon observing the receptor’s spiral-like tails, the scientists concentrated on trying out different peptides to determine which could encourage the virus’ spike protein. Thus, the experiment limited the virus’ self-replicating ability in cell culture. Using controls, the research identified two peptides proficient at hindering the ability of the virus to attach to cells in culture. This is a monumental discovery because the moment SARS-CoV-2 binds to a peptide, its chances of linking to a cell to replicate are virtually zero. Thus, this helps people to avoid COVID-19.

The implication of this finding

This discovery could be the silver bullet to the spread of COVID-19 by helping people to avoid COVID-19. That is because binding peptides to the virus means the latter becomes inactive. Regarding product development, the world can expect peptide-based nasal sprays that hinder SARS-CoV-2 from gaining entry into the body.

Another product could be aerosol sprays manufactured to deactivate viruses on surface spraying. Considering the results reported through peptides, the following plan will include product development.

However, the aim is to neutralize the virus, and new variants keep showing daily. The researchers intend to examine how their peptides react to the new strains of the COVID-19 virus. The credit for this discovery goes to co-lead authors Ross Larue and Amit Sharma, both at Ohio State.

Among the many beneficial properties of peptides, its minuscule size is perhaps the most vital. With SARS-CoV-2 research, the size of the peptide is of utmost importance. There was a fusion process with an E3 ubiquitin ligase. The entire chain was approximately 200 amino acids in length. In addition, the researchers imagined harmless viruses could help produce RNA or DNA encoding in a process called adeno-associated viruses. Thus, assisting people in avoiding COVID-19 even further.

The production of custom peptides that start reactions with the virus outside the body doesn’t stop there. When these viruses get into the body, they’re marked for destruction. This advantage and tagging call for more research into COVID-19 infected peptides, even if they’re in a host cell in the body.

Researchers’ keen interest was to develop the type of peptides capable of interacting with the COVID virus’ spike proteins by using many contact points. Here, this meant the use of the shortest peptides. After extensive research, they compared controls with real peptide interaction with SARS-CoV-2.

Studies show that some peptides usually inhibited the virus’s ability to infect cells within the cell culture, one with more pronounced contact points and the other with fewer contact points. In short, these peptides can help people to avoid COVID-19.

Sophia is a health industry consultant who frequently writes about the latest trends in the industry. She has been writing on Health & CBD for more than 8 years now. Through her writing, she hopes to influence as many people as possible to help maintain better health and lifestyle. She has written many informative blogs on other verticals too.

Fitness & Muscle - The Best Ways to Get in Shape

Terry Clark
Fitness & Muscle - The Best Ways to Get in Shape

Hit Your Fitness Goal On A Budget