Performance Enhancing Drugs – Can They Cause Addictions?

Let’s start the discussion with the basic idea of performance-enhancing drugs.

What Are Performance-Enhancing Drugs?

Research shows that anabolic steroids are usually more prone to be abused by athletes in some particular sports, which depends on the strength of the athletes rather than those sports which emphasize endurance, speed, flexibility, and agility.

Usually, performance-enhancing drugs or PEDs users can inject into the body muscles or take orally. In addition, teens popularly apply some steroids via topical gels or creams.

Blood doping is also another usual practice in which we do blood transfusions to boost the oxygen-carrying capabilities of the body. However, stepping up and continuing to abuse performance-enhancing drugs mostly leads to addiction and dependence.

Apart from the athletes, teens are also prone to developing an addiction to PEDs. We also mentioned that earlier. Now, we will discuss some most common performance-enhancing drugs, which are popular among teens.

This is a naturally occurring chemical in the body, which retailers sell in the market as an over-the-counter supplement. Teens also use it to enhance their performance during high-intensity bursts of activity and increase muscle mass.

The synthetic version of the hormone testosterone is called anabolic steroids. It increases strength along with building muscle.

Some steroid precursors, for example, DHEA or dehydroepiandrosterone and Andro or androstenedione. These are the substances that our body converts into anabolic steroids. They used them all for increasing muscle mass. Fortunately, most steroid precursors are illegal to buy without a proper prescription. However, DHEA is still available in over-the-counter preparations.

Caffeine is another prevalent energy and endurance booster among kids and teens. They often choose some energy drinks, which contain caffeine, and without knowing it, they develop a dependency on all those energy drinks.

5: Amphetamines And Other Stimulants

Again, another common performance-enhancing drug among children is Amphetamines and other stimulants. They believe that all these substances improve endurance along with increasing alertness. 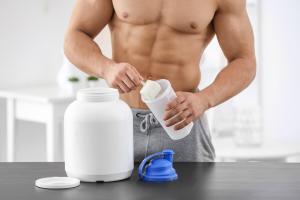 Why Are Teenagers More Prone To PED Abuse?

There are many reasons teenagers develop a dependency on PEDs or performance-enhancing drugs. Here they are.

Side Effects Of Performance-Enhancing Drugs

Now come the hazards that steroids and their precursors come with. They often bring some severe and long-lasting health issues. For example, during growing adolescents, one of the most prominent risks of abusing anabolic steroid precursors is the permanent stunting of height.

Some other side effects also include the following.

Higher risk of infections, like AIDS or HIV, in sharing needles.

Creatine also can act behind kidney damage, abdominal pain, and nausea. In addition, when you are combining creatine with some particular medications, like some over-the-counter pain-relieving drugs, the risk of kidney damage becomes higher.

We understand how much you are concerned about your loved ones with substance abuse or getting addicted to performance-enhancing drugs. However, after reading this article, we believe you get the overall knowledge about PEDS and getting addicted to them.

Still, we understand you might have some queries or questions, so here we are answering some of the most common questions about performance-enhancing drug abuse.

Q1: Can Athletes Get Addicted To Performance-enhancing Drugs?

Not all, but some PEDs or performance-enhancing drugs are addictive. When the question is about athletes, they also get addicted to stimulants, such as amphetamine and cocaine. They also can be vulnerable to steroids. Users might take anabolic steroids continuously to avoid withdrawal symptoms, although it has several harmful effects. Coping up on body image issues is another reason here.

Q2: What Are Some Examples Of Performance-enhancing Drugs?

Among teens, the most common performance-enhancing drugs and supplements are as follows.

Q3: Can Your Body Become Dependent On Steroids?

Q4: What Are 5 Performance-enhancing Drugs?

Here are the major performance-enhancing drugs. 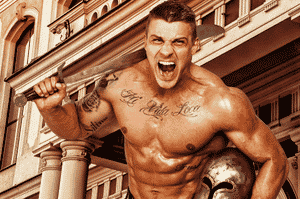 The Last Word on Performance-Enhancing Drugs

For athletes, performance-enhancing drugs are illegal. If caught, they might lose their entire career. Unfortunately, teens often feel pressured to boost their performance and get addicted to PEDs. In both cases, getting help from a medically equipped recovery center is the best thing to get rid of this addiction.

Supplements & Drugs - How They Affect Your Health and Fitness

How Alcohol Can Diminish Heart Health

Nov 21, 2022 Kevin Morris
Supplements & Drugs - How They Affect Your Health and Fitness

Nov 2, 2022 Terry Clark
Supplements & Drugs - How They Affect Your Health and Fitness

Organ Cleaning Drink – How to Reach Your Fitness Goals Faster

One thought on “Performance Enhancing Drugs – Can They Cause Addictions?”

Muscle Diet - How to Gain the Most Muscle

Zinc – The Key to Building Muscle and Getting Fit?

Nov 25, 2022 Aussy
Professional Bodybuilders - What You Can Learn From the Best

Kevin Levrone – The Rise and Fall (and Rise Again)

How to Use the Leg Press to Safely and Correctly