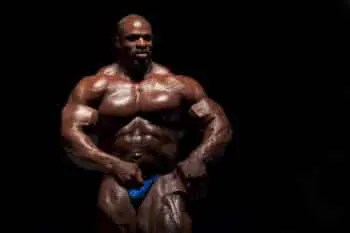 Ronnie Dean Coleman bodybuilder, The winner of the Mr. Olympia title, one of the world’s best bodybuilders of all-time, has been an inspiration for every gym enthusiast. Not only this, but also as an IBFF professional, he held remarkable records with 26 different titles.

He was born on May 13, 1964, in Monroe, Louisiana. His early life was far away from the present one. He completed his Bachelor of Science in Accounting from Grambling State University. At the Grambling, he was a football player. Ronnie played middle linebacker under the coaching of one of Eddie Robinson.

Attaining one of the world’s robust muscular framework, Ronnie Coleman has worked hard throughout his career.  Where there’s a will, there’s away! The king of sturdiness, Ronnie Coleman, has been a great success with his world-breaking records due to his persistence.

After graduation, Ronnie went to Texas for better job opportunities. As Ronnie struggled to make ends meet, he ended up working as a delivery boy at Dominos. He was never happy with this job because he always believed that he had been destined to do big things in life.

In the search for better job opportunities, Ronnie finally came to Arlington, Texas, police station and started serving in 1989, when he was 25. It was a far better opportunity as it eventually led him to test his abilities.

He started working out in the private gym of the police station and started believing in his strength. His eagerness for the gym became stronger over time, and he joined the Metroflex gym and started his bodybuilding career.

Ronnie was offered the first competition of his life, and the beginning of his success. His infatuation and craze for bodybuilding were enough to encourage him every second of the day. Under his gym owner’s guidance, he was finally ready to step on the stage to rise above the competition.

All his efforts didn’t go in vain. He beat his mentor, many other athletes and amazed everyone with his first trophy at 28.

Championships – Ronnie’s Life as a Pro

The secret behind the success of Ronnie Coleman, a bodybuilder, was that he always worked on himself, every time bringing a honed and improved version of his body. After winning his first competition, he went to Poland to compete in the esteemed Pro Card competition and became a professional bodybuilder at 27.

He further took part in 10 different competitions, and the results did not meet his standards. The highest position he got was third. He never let his failure get in his way. Ronnie was not one to accept defeat. The future legend struggled but eventually won Canada Pro Cup and earned a great victory.

Some of his championships include:

The Secret Behind the Extraordinary Physique of Ronnie Coleman bodybuilder

The start of his bodybuilding career

Most of Coleman’s fans desired to know the primary reason motivating him to enter a bodybuilding career. It was later revealed when Ronnie stated that his main goal was to do what he enjoys.

The passion and love for the sport developed during his early life, and the continual hard work motivated him every second of his career. The first five years of his career were not a great success because he barely won any top-five position. Ronnie never let failure get in his way; he never lost hope. He kept on working even harder.

Unlike many other bodybuilders who had trained themselves through machines and reps, Ronnie Coleman, bodybuilder, used grit, sheer determination, and heavyweights to build in his colossal body. He is undoubtedly one of the strongest bodybuilders because his training was unequaled and brought out the best in him.

“Hard work and training. There’s no secret formula. I lift heavy, work hard and aim to be the best,” says Ronnie.

He had a well planned, monotonous routine, which he followed during his entire bodybuilding career, with every minute intended to maximize his results. The massive muscular bodybuilder, which we came to know as Ronnie Coleman bodybuilder, resulted from cumulative efforts of extensive workouts and a careful diet.

Let’s have a look at his workout routine.

Three sets of 12-15 reps of Standing Leg Curl and Hack Squat and four sets of 30 reps of Leg Extensions.

A much deserving time, Sunday was a rest day for the champ. During this break, he spent much of his time with his family.

His Nutrition Contributed a Lot to His Physique – Says the Champ.

Food is undoubtedly the most important fuel for a hardcore bodybuilder like Ronnie Coleman. That’s how he diligently followed a complete and planned diet throughout his career. The gigantic muscular body, today we see, is not only the outcome of his workouts but also his nutrition and supplements.

His diet mainly included classic foods rich in calories and proteins, including many vegetables, oatmeal’s, beef, eggs, rice, and potatoes. He recharged his body sometimes with whey proteins too.

It was not easy for him to consume that much food per day, but he endured it well, just like all other struggles. He ate hamburgers and fried chicken during the off-season. And whenever he wanted to lose weight, he started eating a lot of vegetables and chicken.

His day started with 3-5g Arginine, two cups of egg white, a coffee cup, and ¾ cup of semolina, preceded by pre-workout stimulant and post-workout supplements.

In the evening, he had two slices of cornbread, 450g of chicken breast, 1.5 cups of red beans, 1.5 cups of brown rice along with Arginine.

After continual diligence and hard work, Ronnie Coleman stunned the world with his incredibly monstrous powerful body mass of 136-kg. Achieving this weight with less than 5kg fat was a remarkable achievement!

He never stopped working harder, and he kept on working on himself until he reached the maximum weight of 143kg and won the title in 2004. During these eight years, his body attained its extreme strength, shape, and size in 2003 and became the most dominant combination of size and symmetry in the world.

There have been many controversies regarding steroidal use, and Ronnie clarified each and everything in an interview. He accepted that he took steroid prescribed by his doctor, and whatever he had done was in the right way.

Having fat less than 10% means that one is a specimen to be studied by a biologist. And Ronnie claimed that he had a low percent, and he always related it to his genetics.

The Film Career of Ronnie Coleman

Not only did Ronnie defeat some of the greatest bodybuilders in the world, but he also made some remarkable movies. In 1998, he made his first film, ‘The First Training Video,’ which was an overall success and an inspiration for athletes.

Some other movies included:

The End of Ronnie’s Career – Retirement

After spending 15 years setting world records due to his extremely muscular massive body, Ronnie finally decided to retire in 2007. As a legend, Ronnie left the sport after beating Mr. Olympia Arnold Schwarzenegger’s record.

Weightlifting had exacted a toll on Ronnie’s body over the years. Ronnie sustained many injuries from performing exercises like the deadlift and squats. Some suspect these injuries resulted from his tenacious attitude and reckless regard for maintaining proper technique throughout the lift.

Ronnie has been through seven major surgeries, including

He spent a period of his life in a wheelchair, but that never got him down. He has a firm belief that whatever he has achieved in his life was enough to eliminate all the negatives of his life.

After retiring from bodybuilding, Ronnie remained passionate and stayed connected and active in the fitness and health industry. Today, he runs a fitness supplement company to help others achieve their desired fitness goals.

Starting from pre-workout supplements to post-workouts boosters and fat burners, this company is providing highly effective products. According to the statistics of 2019, it was estimated that Ronnie’s net worth was 10 million dollars.

He is also making frequent visits to the expos worldwide, approaching his fans and promoting his company.  He has been a great inspiration for everyone.

‘Never giving up’ was one of the most important assets Ronnie Dean Coleman used throughout his life. He came from a humble background and faced a lot of failures during his early life. He never gave up and remained consistent. Every time he faced a failure, it resulted in a better version of him. Like a Phoenix, Ronnie Coleman, bodybuilder, rose from the ashes to become a legend in his own lifetime.

Motivated by his passion, he exceeded all the limits, did intense workouts in the gym, and brought a honed version in front of the world every year.

Persistence and determination, combined with hard work, was the secret of his success, and it made him win Mr. Olympia a staggering eight years!

The reason behind his remarkable success was that he had a passion for sports. Ronnie believed in the mind of matter. And that passion was a driving force, which always pushed him to work harder.

Ronnie always says the realization of one’s passion is the start of success. Ronnie reminds us, you only get out of weightlifting what you put into weightlifting. 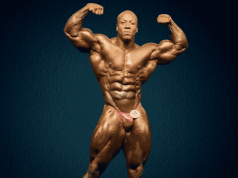 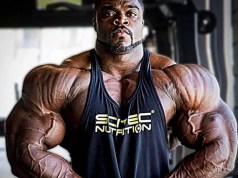 Brandon Curry – How To Eat and Workout Like a Warrior Bodybuilder 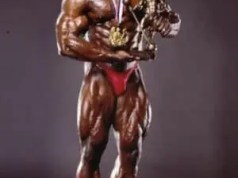 Lee Haney – One of the Greatest Bodybuilders You Shouldn’t Forget

Why You Should Exercise to Improve Your Sexual Performance

How to Prevent Holiday Celebrations from Sabotaging Your Fitness Goals

Workout Meal – Should you eat before working out?