Skip to content
Arms - Develop the Most Massive Guns

Spider Curl – Use this Exercise to Build Big Bicep Muscles 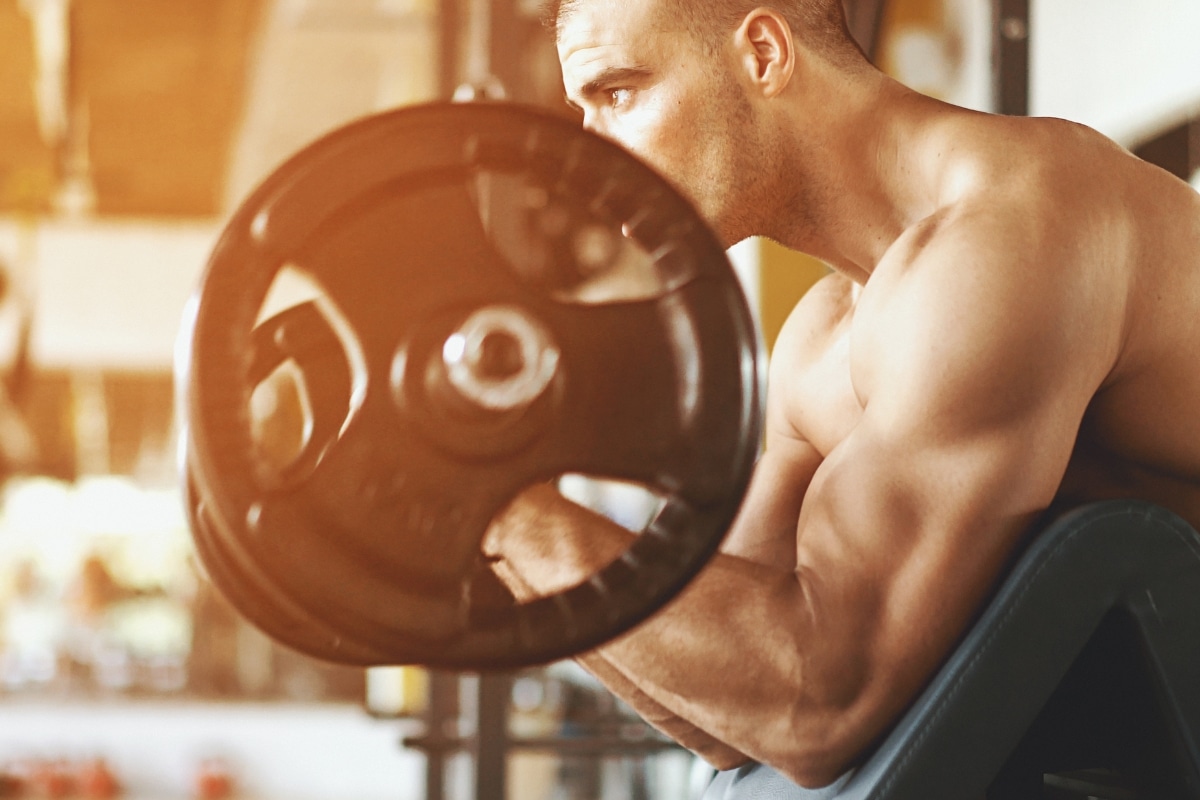 Do you want to know more about the spider curl? Then, you can use this exercise to build bigger bicep muscles. Bicep curls are the most straightforward way to grow the bicep. However, there are many variations to choose from. For example, we can select from the humble dumbbell curl to the preacher curl.

Each curl performed correctly grows the biceps larger. The bicep is a minor muscle. Thus, it shares the characteristics of other smaller muscle groups. Smaller muscle groups burn out quickly. Also, they are more sensitive to pain.

But they recover quickly from workouts. These muscles also play a supportive role in compound exercises. However, if you can isolate them, you can see significant gains. Thus, the spider curl is a great exercise to build the bicep muscle.

The spider curl is one of the most effective curls. It has a surprising history. We know that not all exercises are equal. While some activities belong to your workout, others require consideration. Some exercises you should only perform on special occasions (see a periodization plan). In this article, we will discuss the bicep curl in depth. Let’s get started!

What is the Spider Curl?

The spider curl is a recent adaptation of a classic innovation. At the same time, no one knows who exactly invented it. However, we do know it came from the preacher’s curl. A genius created the preacher curl in the 1960s.

Thus, this position allows for more increased tension on the bicep. In addition, the spider curl prevents the body from assisting the bicep with the movement. Also, this results in more work for the bicep and more gains for you.

The main difference between the spider curl and other curls is the degree to which the bicep moves the weight. Different angles create different pressure on the muscles. Because the bicep is smaller, you can use three sets of 10-15 reps with a 30 to 60-second rest time for optimal muscle gains. A

Finally, it is essential to state that the tricep is the largest muscle of the arm. It is two times larger than the bicep. Therefore, you must perform compound lifts like the bench press and dip to get bigger arms. Also, you can use compound exercises like pull-ups and chin-ups to work the bicep even more.

Adopt a good workout program. One you might consider is a post-exhaustion workout program. The workout program will help you work the spider curl into your workouts without disrupting your overall fitness goal. Besides your training, you need a diet, progressive overload, periodization, and a rest and recovery plan to get better results.

So why is the spider curl so effective at building larger arms? The simple truth is it forces the bicep to perform most of the work. In short, the spider curl prevents you from cheating. This curl removes gravity from the equation. Thus, the spider curl stops the rest of the body from helping the bicep perform the lift. By sitting on a bench in a relaxed state, only the biceps can move the bar.

The science of bodybuilding clearly states muscle hypertrophy happens when a muscle gets worked and broken down. Thus, this forces the bicep to respond to the workout. The spider curl is a great bicep exercise for bodybuilders. It’s like the basic bicep curl, but it targets the bicep in your arm. Thus, it forces you to use better form.

Also, if you do spider curl correctly, you can get bigger powerful bicep muscles with fewer reps. The only reps that count are the ones you do with the correct form. Try it! Let us know what you think in the comments. What has been your experience?

Back - Tone and Build Your Muscles

Terry Clark
Shoulder Workouts - How to Create the Most Powerful Results

How to Perform Standing Dumbbell Shrugs

How to do Weighted Situps for a Strong Core