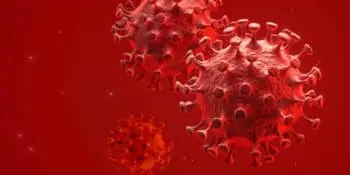 Do you know which deadly virus almost destroyed the world?

The history of viruses is almost as old as the earth. However, in the late 18th century, scientists carried out deeper experiments supporting killer viruses. Later, in the 20th century, various types of viruses evolved and implicated many different viral infections and diseases.

Since the 19th century, various viral pandemics have arisen and devastated the world. One obvious example is the ongoing global coronavirus outbreak. Here is an overview of the viral outbreaks that happened over the previous centuries.

The influenza virus was the first pandemic that occurred after the discovery of viruses. It started in Russia and eventually spread throughout the world. It affected almost 50 million people globally in the span of a year.

After the identification and classification of the influenza virus, many other viruses caused infections in humans. These viruses were later studied and characterized into classes according to their properties.

The poliovirus was once considered a killer virus as its outbreak created havoc around the world. The poliovirus pandemic originated in the USA and spread globally. It was so disastrous that 6000 people faced death in the USA. Poliovirus affected all age groups, but it had the greatest impact on children and left them with disabilities.

After the pandemic, virologists worked to formulate a vaccine against this killer virus. Finally, in 1954, the USA produced a vaccine that helped to immunize children against the poliovirus.

The causative agent of the Spanish flu pandemic was a deadly strain of the H1N1 avian influenza virus. Contrary to its name, the Spanish flu didn’t come from Spain. It originated in the US, and the first victims were the military men of the First World War.

Spanish flu is considered to be the worst pandemic to have occurred in human history to date. It affected nearly 500 million people—almost one-third of the world’s population—and killed between 50 million and 100 million people globally.

The Asian flu pandemic (1957) was an avian influenza virus with an H2 hemagglutinin genome and an N2 neuraminidase genome. The Asian flu virus’s name is actually justified; it did originate in Asia. The first outbreak was in Singapore, and it circulated to Hong Kong and stretched to the whole world.

Asian flu was less severe as compared to the other two pandemics that occurred in the 20th century. It caused between 1 and 2 million casualties globally.

The Human Immunodeficiency Virus (HIV) is the main culprit behind AIDS. Studies suggest that the first HIV transferred from chimpanzees to humans in the African continent. This deadly virus started in West Africa in the early 1920s, and by the end of the 20th century, it made its way to the entire world.

AIDS is a true killer virus: it has taken nearly 35 million precious lives since its outbreak. To date, there is no vaccine or cure for this fatal virus. However, lifestyle changes and certain medications can alleviate the symptoms of AIDS.

This 21st-century pandemic started in 2009 and had the greatest affected on young children. The swine flu develops from influenza A virus strains, including H1N1, H1N2, H2N1, or influenza C strains. It’s called the swine flu because it is common in pigs; the 2009 swine flu virus was transferred to humans from pigs.

Swine flu arose in Mexico and affected almost 20% of the world’s population at that time, with approximately 1.5 million to 5.5 million fatalities. Swine flu vaccines are now easily available for administration to avoid this viral infection in the future.

West African Ebola virus didn’t spread to a larger region. However, it was one of the most disastrous viruses of the 21st century. This killer virus began in the year 2013 and lasted for a three-year period.

The initial cases were spotted in Guinea, and the virus dispersed to Liberia, Sierra Leone, Nigeria, and Mali. A few cases were discovered in the UK, the USA, and Italy. The Ebola epidemic collectively took around 11,000 lives and moved towards a decline in 2014. The killer virus was finally declared inefficient in 2016. There are currently no vaccines to produce immunity against the Ebola virus.

No adequate knowledge is available about this unusual viral strain. The Zika virus epidemic started in South America and has been restricted to central America until now.  Zika virus is carried to humans by the Aedes mosquitos. It mostly affects unborn and newborn babies by causing congenital disabilities.

COVID-19 is a viral disease that started in the Wuhan state of China in November 2019. Bats are believed to be the leading agent that transferred the virus to humans. The coronavirus is a highly contagious virus that spreads through droplets of bodily fluid, such as saliva.

The initial cases were recorded in Wuhan, China; the coronavirus spread to the whole world in a few months. So far, the virus has affected almost 6.5 million people across the globe, with almost 383,000 deaths.

How does a strong immune system protect you against deadly viruses?

The first step in shielding the body against a killer virus is prevention. In the case of the globally spreading coronavirus or any other existing virus, precautions are a must.

If you have taken all the precautionary measures, but the virus still enters the body, now it is the immune system’s turn to tackle the virus. The body produces antibodies that fight the pathogens, then saves them in its memory. If the same virus enters your body in the future, the immune system recalls the antibodies and eradicates it again.

However, when there is exposure to a new killer virus, there is no memory for it. In this case, the immune system should be strong enough to combat the new virus.

How can you boost your immune system to fight off deadly viruses?

Here are a few precautions that help strengthen the immune system:

Sustaining hygienic habits is the key to avoid any possible bacterial or viral infection.

Washing the hands properly for about 20 seconds can eradicate killer viruses from your hands, reducing the risk of spreading the virus to other body parts.

Cover the mouth while coughing

When you cough, you release waterborne droplets into the air, which land on objects and spread diseases to other people. To prevent this, cover your mouth with a tissue or your elbow while coughing.

Sneeze on a tissue

While sneezing, cover your nose with a tissue or the inner side of your elbow to minimize the sneeze droplets’ spread.

Nothing boosts immunity like a healthy diet. A balanced diet has all the vitamins and minerals essential to keep your immune system robust and keep you fit and healthy. It gives the body a strong shield against diseases and infections. Healthy eating habits are the ultimate way of bolstering the body’s immune system.

Maintain yourself as active as possible to keep your immune system functioning. Studies show that more active people have stronger immune systems. Accomplishing low to moderate-level physical exercise daily can keep you fit and strong.

Stress is a major cause of many underlying disorders. It also makes the body susceptible to diseases. Stress impacts the human body in unexplainable ways and leaves the immune system overwhelmed and vulnerable. Minimize stress to keep your immune system strong.

Factors that lead to a weaker immune system:

How could deadly viruses end the world?

The misuse of viral medications and lack of immunity in humans has developed tolerance in viral strains. Deadly viruses have become more resistant to medications and vaccines, so there is a chance that humans will face more frequent pandemics in the upcoming decades. Each virus is stronger than the last, so it is becoming more difficult for scientists to find vaccines to stop these silent monsters.

The history of viruses shows us that the next virus could strike from anywhere in the world and could be borne out of any situation. It is not a question of whether another killer virus will come along; the question is how many people it will kill and who will survive.

But you do not have to be a victim of a killer virus! Boosting your immune system and developing strong hygiene habits are the best ways to minimize the risk of these deadly viral outbreaks. 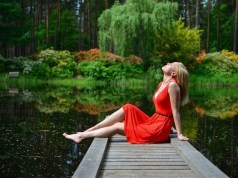 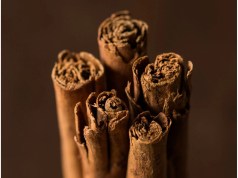 Ceylon Cinnamon – How to Use the Health Benefits to Get Healthy

Heart Rate After Exercise – How to Use It to Improve...

Choosing Supplements – A Guide For Selecting The Right Ones For...

Poker – How Can It Help You Stay Healthy

Pullover Exercise – How to Get the Best Results From This...