Who are the top 8 women bodybuilders of all time? As far back as the late 19th century, individuals like Eugen Sandow popularized the sport of bodybuilding. For the longest time, bodybuilding was a men-only sport, and women first entered bodybuilding in the 1970s.

But, despite their later start, female bodybuilders have made an impressive name for themselves. Over the years, we’ve seen thousands of amazing women step on the bodybuilding stage and show the work they’ve put into their bodies.

Today, we’ll go over the top 8 female bodybuilders of all time. In no particular order, here they are:

Rachel, one of the top 8 women bodybuilders, was born on the 21st of June, 1955, in Harlingen, Texas. After graduating from the University of Texas-Pan American, McLish would go on to pursue different business ventures. In the late 70s, Lisa Lyon inspired Rachel to pursue bodybuilding and compete.

After winning the Ms. Olympia contest in 1980, she enjoyed tons of media attention and would go on to appear on many magazine covers. As a bodybuilder, she saw great success and would never place lower than third in any contest. She retired from bodybuilding in 1984.

As a person who’s managed to stay in fantastic shape for decades after her last bodybuilding show, Rachel teaches us that staying in top condition is entirely possible and that age is never an excuse.

Marianna was born on the 3rd of September 1969 and first became interested in bodybuilding in the early 90s. She developed her natural gifts, has been a big girl before bodybuilding (weighing as much as 197 pounds at some point). Her notable accomplishments include:

Sadly, Marianna died in September of 2004 from breast cancer at the age of 35.

We can learn from Marianna that life is short and should make each moment count – much as she did.

Nikki Fuller, one of the top 8 women bodybuilders, was born on the 23rd of January, 1968. At age ten, her family moved from Dayton, Ohio, to Gresham, Oregon. In high school, Nikki showed athletic potential, having competed in the school’s track and field.

As a rather big girl (standing tall at 6’1″), Nikki soon discovered her bodybuilding potential and embarked on the journey. She weighed in at 200 pounds at her best, and her arm measurement was a whopping 18 inches.

In 1992, Fuller managed to get 9th position in the Ms. Olympia contest, and although she never made the top three, few could argue that she looked fantastic on stage.

A lesson we can all learn from Nikki is to bet on our strengths and develop them to our advantage.

Gladys Portugues was born on the 30th of September, 1957. She became inspired to pursue bodybuilding by another competitor on our list – Rachel McLish. Gladys is the wife of famous martial arts actor Jean-Claude Van Damme.

Portugues was a student at Marymount Manhattan College and saw McLish win Ms. Olympia on stage. This sparked her competitive spirit, and she would become a successful fitness model and bodybuilder after graduating. She even followed McLish on stage and managed to snag a spot in the top ten twice.

More than anything, Gladys teaches us that we should pursue our goals relentlessly, and one day, before we know it, our idols can become our rivals.

Lisa Marie Varon, one of the top 8 women bodybuilders, was born on the 10th of February, 1971. In high school, she competed in track and field events. After graduation, she would go on to study biology and become a personal trainer.

At that time, she was offered to participate in a bodybuilding show, which she won. She would go on to participate in (and win) various fitness competitions. In 1999, Varon obtained her IFBB pro fitness card after placing second in the NPC show in New York.

We can learn from Lisa that we should expand our network, meet new people, and seek opportunities to better ourselves.

Bass was born on the 10th of August, 1964. She would go on to create an impressive bodybuilding career for herself throughout the 80s and 90s. Nicole appeared in more than a dozen shows between 1985 and 1997 and placed within the top ten on almost all of them. She snagged the first spot in the following:

Nicole would also go on to become a successful wrestler and actress. Sadly, on the 16th of February, 2017, Bass died from a stroke.

A lesson we can all learn from Bass is about the value of branching out and undertaking new pursuits. We often marry to one approach, which unnecessarily keeps us shackled. If nothing else, Bass showed the world that one could be successful and make a name for themselves in multiple fields.

Born on the 4th of January, 1958, Everson showed athletic abilities in her high school and university years. After graduating from the University of Wisconsin-Madison, she began her bodybuilding journey and trained alongside her future husband – Jeff Everson. They married in 1982.

Cory would win Ms. Olympia six consecutive years from 1984 to 1989 and is the only competitor never to have lost a contest at Ms. Olympia.

We can learn from her about perseverance, consistency, and the relentless pursuit of our goals.

Jennifer Elaine Broomfield was born on the 5th of September, 1983, and was raised in a big family. Her father ran a machinery company, and her mother worked for him part-time. Jennifer has three brothers and two sisters, which is probably one thing that has made her so competitive.

Sadly, Jennifer suffered from depression for a considerable chunk of her teen years. It was then that Jennifer decided to educate herself on the benefits of exercise and began training in a gym.

In no time, her body began to change, and she felt better than ever. The rest, as they say, is history.

One lesson we can learn from Broomfield is about the value of exercise and how incredibly beneficial it can be for us, both physically and mentally. 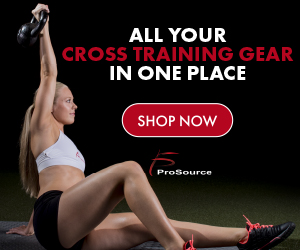 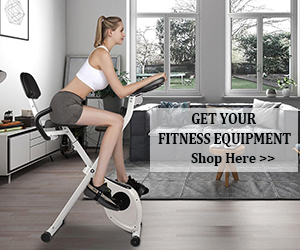 TF Clark Fitness Magazine is a digital content provider that publishes all things health and fitness. We provide you with everything you need to know to plan your fitness journey and get the best results. More specifically, we provide articles on bodybuilders, fitness trainers, and celebrities. We also provide articles on workout and diet programs. TF Clark Fitness Magazine provides the latest fitness calculators that help you track your body mass index, metabolism, diet calories, and activity calories. Because your health and fitness are a matter of life and death, we do not charge you for the resources we provide. Lastly, we review the latest health and fitness products and services. We use customer reviews, and the latest scientific backed research to provide you with the best information. When you know better, you can do better. It is not magic but science that gets you the results you deserve!
Contact us: TFClarkFitnessMagazine@Gmail.Com

Weight Loss: Exercises You Should Do During Your Period

Fat Loss Facts You Should Avoid Them

Nick Walker Bodybuilder – How to Use Pain to Make Faster...