What are four excellent benefits soccer players gain from doing Yoga? The popularity of a soccer player’s career can be highly erratic. You can be too popular for one month and a public enemy the next. The level of scrutiny and expectation are extreme, so soccer players must find every way possible to stay at the top of their game.

Players can train with the ball at their feet and hone their craft as much as they like, but without taking care of their bodies, there’s no chance of a long and successful career. Now they have specially created diets and training regimes, but there are certain things players can decide to do of their own accord. One of these things, prompted mainly by Manchester United legend Ryan Giggs, is Yoga.

Yoga corrects imbalances caused while playing soccer that emphasize one muscle over the other.

Some fans may scoff at Yoga as something middle-aged people do rather than a brilliant tool for improving their favorite soccer players’ long-term fitness. Yoga suits soccer players because it develops muscles that get neglected by the sport. Football is a lopsided sport, so players use each leg for separate tasks. One leg is almost always used to kick the ball; the other leg remains planted in the ground. The kicking leg frequently engages the hip flexor and quadrilaterals, but they are not engaged with the planted leg.

This happens throughout a footballer’s career; it can cause imbalances in the spine and hips. Yoga is a way of training muscles that many people don’t even realize they have. This can translate to improved speed, strength, and muscular endurance for a soccer player. 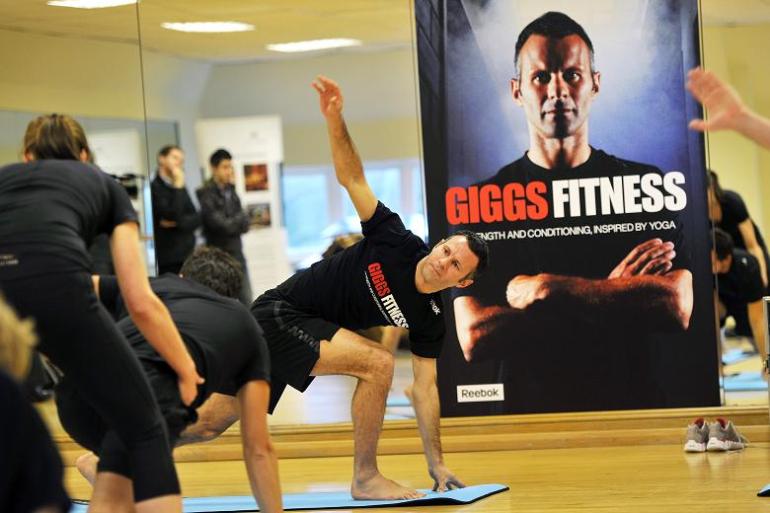 Ryan Giggs took up Yoga to tackle persistent hamstring injuries that threatened to derail his career. In 2001 an injury ruled him out of a virtual Champions League tie against Bayern Munich, and that’s when he said: “It was that day I just thought: ‘I need to do something, I need not drink as much alcohol, I need to look at my diet, I need to do everything I can, my bed, cars–everything to stop this from happening.”

Giggs played an outstanding 963 games for United and holds the record for the most Premier League assists with 162. After the 2013/14 season, he retired, having broken many age and appearance records across multiple competitions. He even bought out his yoga DVDs later in his career to encourage others to take them up.

Two best footballers have also been using Yoga to keep playing at the highest level deep into their 30s. Lionel Messi and Cristiano Ronaldo have broken all the goal-scoring records. However, they wouldn’t still score at 33 and 36, respectively, if they hadn’t looked after their bodies with meticulous care. Former Manchester City and Spain midfielder David Silva started using the same yoga instructor who showed Yoga to Ryan Giggs, showing how it has made its way through the sport.

Apart from the body, trainers use Yoga to train the mind. Current Inter Milan coach and former player Antonio Conte display a notoriously fiery temper on the touchline. He can instantly lose his head and start yelling at officials and his players. In some ways, this passion is good; it can rub off on the players and keep them motivated. It can also end with sanctions and poor decision-making. That’s why Conte started practicing Yoga when he was the coach of Chelsea. He needed to switch his brain off and relax, so Yoga let him compartmentalize his emotions better and remain calm on the touchline. 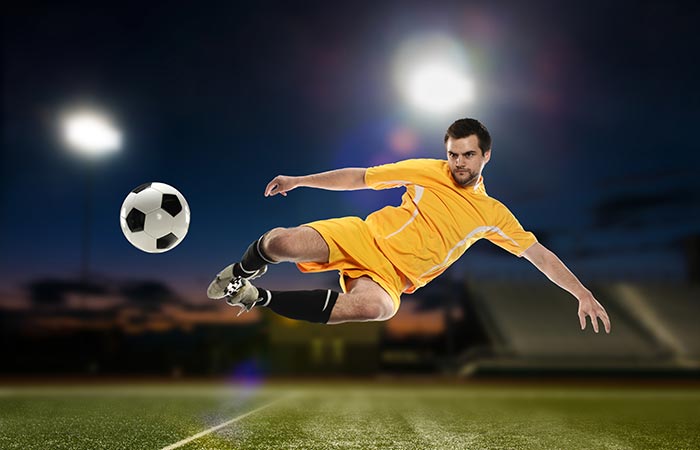 Yoga improves flexibility, the most underestimated physical ability of a soccer player.

Yoga is one of the few workouts that improve flexibility. Muscles tighten up when you work them. Thus, a five-minute stretch is not enough to keep them flexible. Yes, we all know how Yoga prevents injuries, but it also improves performance in sports. How often have you seen Lionel Messi, with two players on him, suddenly change directions and score the winning goal? The soccer players who guarded him may have been as fast or powerful, but they could not match his fluidness — the ability to place his body in positions that others could not give him a decisive advantage.

Why learn more about yoga and use it to take your game to the next level?

The benefits of Yoga are undisputable, and since Griggs’s decision to take it up regularly, it’s become a prevalent part of an elite soccer player’s week. Just like professionals, everyone can benefit from Yoga. Because Yoga improves flexibility, it will help you move better on the field and off. As your flexibility improves, you will notice you can bend, reach, stretch, and change directions quickly. Also, when accidents happen, Yoga can help you avoid serious injuries. Flexibility is just as important as speed, power, and endurance. Let Yoga help you take your game to the next level.

Euan Burns is a features editor at Origym Centre of Excellence, which provides high-quality personal training courses and packages.

Fitness Nation is a collection of authors who write guest posts for TF Clark Fitness Magazine. All authors are vetted carefully and bring a wealth of collective knowledge on health and fitness.

3 thoughts on “Yoga – 4 Benefits Soccer Players Get From Flexibility”

Fitness & Muscle - The Best Ways to Get in Shape

Terry Clark
Fitness & Muscle - The Best Ways to Get in Shape

Hit Your Fitness Goal On A Budget