Premature Ejaculation? How to Choose the Right Treatment – Advice from a Sex Therapist 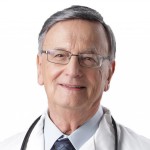 Premature ejaculation is an issue that troubles many men and women alike. Contrary to popular belief, it is the most common sexual dysfunction in men, even more common than erectile dysfunction.

According to the 2011 Global Online Sexuality Survey, published in the Journal of Sexual Medicine, as many as 1 in 3 men in the United States are dealing with premature ejaculation.

The good news is that several solutions can help men stop premature ejaculation.

Desensitizing premature ejaculation sprays, creams and gels are among the oldest and most common solutions for premature ejaculation. If you take a close look the next time you visit your local pharmacy, you’ll probably find these hiding on a shelf next to the condom stand.

But how do these delay products help men delay their orgasms? “Desensitizing creams and sprays temporarily relieve the symptoms of premature ejaculation. The cream or spray should be applied to an unerect penis 20 minutes before sex. It causes a temporary local numbness, which delays ejaculation and allows for a longer-lasting sexual encounter.” Explains Dr. Zuckerman.

What are the Pros?

“When used properly, the desensitizing spray is an effective and quick solution. Numbing the penis decreases the stimulation and sensations, lengthening the time until ejaculation.”

Most of these delay products use a local anesthetic called lidocaine to prevent pain during medical procedures. But how effective are these products when it comes to delaying ejaculation? According to Dr. Zuckerman, very effective: “Studies have shown that desensitizing sprays can help men last up to 6.3 times longer than they usually do.” A big improvement!

What are the Cons?

According to Zuckerman, using the desensitizer is a sensitive process that can be hard to get right: “Using it incorrectly may cause your partner’s vagina to become numb, may cause a bitter taste (during oral sex) if you don’t wipe it off completely, and in some cases can cause difficulty in getting or maintaining an erection.”

Another obvious disadvantage is that the desensitizer may “decrease sexual enjoyment.”  Which is a sacrifice men have to make when using these products.

Zuckerman also mentions that the desensitizing spray treats only the symptoms of premature ejaculation and not the problem itself: “when you do not use the spray, the problem returns” and “there is also a risk that ejaculation will occur spontaneously when the spray wears off.”

“I often advise my coupled patients who want to go through sex therapy to have sex a few times with the desensitizer first. This way, the man and his partner can have a positive sexual experience before they start therapy.” Zuckerman says.

Another effective solution is using certain prescription antidepressants or painkillers that have the side effect of delaying orgasm.

“There are several causes of premature ejaculation, but according to one commonly accepted explanation, there is a connection between PE and the level of serotonin in the brain. If this level is too low, it might lead to PE, but unfortunately, there is no way of measuring these levels.” Zuckerman explains.

What are the Pros?

Well, “drugs are an easy solution. All you have to do is take the pill on schedule.” Says Zuckerman.

Antidepressants have also been shown to be highly effective in some cases but less in others: “In my experience, if a man takes the drug and finds it to be effective in his case (and if he doesn’t suffer from any side effects), this could be an excellent solution.” Says Zuckerman.

“Unlike desensitizing materials, which numb the penis, the man can experience full sexual enjoyment when taking antidepressants to treat the issue,” Zuckerman adds. This is a big advantage when you compare these to desensitizing sprays or creams.

What are the Cons?

“The drugs are usually effective only six hours after you take them. This means that you have to take them daily or six hours before every sexual encounter, so you might not be able to be as spontaneous as you might like.”

Zuckerman adds that side effects are also an issue and varying efficacy: “you might experience certain side effects, such as headaches, dizziness, nausea, dry mouth, drowsiness, fatigue, and an inability to drive.

Men react differently to medication, and not everyone will experience satisfying results. Some men may experience side effects, and for others, the medication may not work.”

Do most men feel comfortable taking antidepressants when they don’t suffer from depression? Well, not all of them. “Many men are reluctant to take psychiatric prescription pills to treat premature ejaculation. Instead, they might prefer a solution that does not involve drugs.” Zuckerman shares his experience.

Another issue is that the problem will return once a man stops taking the drug. “Still, many men find this method effective and satisfying,” Zuckerman adds.

Recently a new drug specifically designed to combat premature ejaculation called Priligy (Dapoxetine) was launched in Europe. Still, surprisingly research shows that after 12 months, about 90% of men stop using it because they aren’t happy with the results for various reasons:

Urologist James Semans developed these exercises in 1956. They were further developed by leading sex therapists, including William H. Masters and Virginia E. Johnson.

Sex therapists have been recommending these exercises for the last 45 years, but they often get a bad rap online; because they are often not explained correctly, many men try them on their own, fail and get discouraged.

“Sex therapist Dr. Helen Singer Kaplan once wrote that ‘over 90 percent of premature ejaculators can be cured within an average of 14 weeks of treatment”’[1]. I’m not sure if these numbers are accurate, but I have successfully treated many men using behavioral therapy exercises.”

So what does the treatment process look like? “During each practice session, the man will have his penis stimulated either by their partner or by himself until he will feel the feelings and sensations that precede ejaculation. By doing so, the man becomes familiar with these feelings. He learns to tolerate the stimulation indefinitely through practice, which indicates that his premature ejaculation has been cured.” Zuckerman explains.

A key point that Zuckerman mentions is that “the exercises should be performed in several steps. Each one should include specific techniques and positions that are designed to increase the level of arousal.” This means that, unlike much of the information that goes around online, it shouldn’t be used as a tactic to stop ejaculation during sex and must be practiced as part of an organized treatment plan.

What are the Pros:

According to Dr. Zuckerman, the biggest upside is that “when a man completes sex therapy, he gains the ability to last longer. This will allow him to have a stress-free, spontaneous sex life.” This makes sex therapy different from the other solutions that only mask the symptoms. “The long-term results do not require using any medications or chemicals.” After finishing therapy, the man can control his ejaculation on his own and can put this problem behind him.” This is the most important advantage.

Not only that, but it can also help your relationship: “When done with a partner, therapy can potentially bring the couple closer, increase the man’s self-esteem, create intimacy, and improve the relationship overall.” Zuckerman adds.

What are the Cons:

The first thing to remember is commitment: “Sex therapy is not an easy or quick solution. It takes most patients between 1 and 3 months to complete therapy.” Zuckerman states.

But according to Dr. Zuckerman, this is an effort worth making. “I believe 1-3 months is short compared to a lifetime of premature ejaculation. Even still, one of the main reasons that it may not work is if the man does not follow the exercise schedule.”

Suppose you decide to try using these exercises. In that case, it’s important to rely on expert advice: “The exercises are effective only when they are conducted stage after stage in the right order. Trying to move to the next stage or skip a stage might disrupt the entire process.” Zuckerman explains.

“If you are dedicated and follow the treatment protocol, you have a high chance of overcoming premature ejaculation,” Zuckerman concludes.

Where to seek treatment

You can purchase desensitizing sprays and creams online or in local sex stores.

To use SSRIs, you have to consult a sex therapist who is also a medical doctor since they require a prescription.

To find a sex therapist near you, visit the American Association of Sexuality Educators, Counselors, and Therapists website (www.aasect.org)

You can learn sexual behavioral therapy exercises by attending sex therapy at a clinic, reading books about the topic, or using online resources like the PE Program.

How to Perform Single-Leg Cable Abductions for a Stronger Core

How to Master the Standing Straight Barbell Curl

A Comprehensive Guide to the Barbell Front Squat